Three drivers, three very different opinions: these Volt reviews were posted to the New Jersey Electric Auto Association's mailing list following our test-drive on Monday, and I had to share them here! 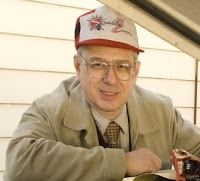 Peter Crisitello
owner, 1994 Chevy S-10 EV conversion and six original antique EV's
To me, the Volt comes across as most GM vehicles do; the product of a committee. Take one from column B, two from column A, throw in a few more columns, hash it out among the committee and make it match a long line of surveys slanted to the company’s forethought on the matter. Yes the Volt does look like something that will sell to the masses and fit a unique niche in the current market. I would say it fits a well-worn pattern that will meet the needs of its marketed group and fulfill the dealership's service department expectations as well as that of the oil companies.
It looks like the committee has done its work well, and the car does come across as an easily handled appliance. One concern I have is that, while the initial 40 or so miles are pure electric drive, after the batteries are depleted to a certain point the onboard engine kicks in -- not to recharge the batteries but to generate the voltage directly to drive the electric motor. This boosts the initial 40 mile range to an expected 300 miles or so -- until the gas runs out in the (currently unspecified in size) gas tank.
You will still need a charging station and 8 or so hours (@ 110V) to recharge your batteries, at this point. Yes, the motor only inputs electric, making this fit the pattern of an EV and not a hybrid, but the source of the power changes from a green source (stored batteries) to a standard CO2-emitting pollution source (a much-too-big 4-cylinder engine). This, I can assume, appeases the oil companies and gives them a veil of respectability in the process.
In my test drive, I did get a good feel for how the car handled most situations. I noted that the others I shared this test with tended to push for the pickup and go aspect of driving, as most drivers tend to nowadays. When I got my chance behind the wheel, I specifically drove like a little old lady on her way to Sunday church. The low center of gravity due to the placement of the power pack gave this vehicle good road feel and positive traction, even though we tested on a rain slick roadway. The aerodynamics of the body cut through the air at both high speeds and low with little resistance and attested to the committee approach in its design.
Now comes my dislike for modern cars. Tech seems to have taken over and the driver is just an afterthought in the process. Call me old fashioned, but I prefer the feel of the road in a vehicle I have control over to a fly-by-wire attitude where my control is interpreted by a computer for its idea of optimum performance. I like real gauges, not a computer generated image of a gauge that changes as the mode of the drive dictates. To me, a radio has two knobs and a few pre-selected channel buttons; it's not the multi media gizmo that inhabited the center section of the dash. The form-fitting seats and harness lessened the enjoyability of the drive and -- as with most modern cars -- entry and exit was a contortionist’s nightmare.
The displacement and overall size of the Volt is not too different than that of my 1960 Studebaker Lark, which is considered one of the first compact post-war automobiles. However, the driving experience was by no means even close. I wish GM well in this endeavor nonetheless, and hope the outcome is better than their EV1 project a decade ago. 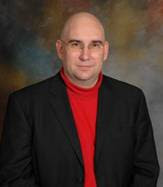 3) inside out wiper blades...pretty cool.

4) Good battery placement down center console for the traction pack.

5) Reasonable trunk/storage area – might want to move the back seats into this area however to give passengers more seating room.

4) still doesn't look like it is ready for prime time yet. Can’t get past the fact that they have already made 50 or 100 of these? The thing had lots of things that need fixing already.

5) shifter recedes into a compartment that can crush your fingers if you aren't watching what you are doing....GM says they will be changing that before launch...? That’s good!!! On schedule for the end of this year.....10,000 production run? In my eyes? Doubtful. At least they had two working prototypes.

Overall, this car is not ready for prime time. The electric motor is great and it will give you 40 miles of EV range. After that you are back into gas mode and burning gas like a champ. There is plenty of room for more batteries to give this baby even more EV-only range according to the cutout display if you lost the gas tank and gas generation motor which is a 4 cylinder beast. Since I can make a Prius go 50 miles of EV only range now, this isn't so technologically brilliant. It is a step in the right direction and I am really hoping that they can launch this in a realistic price range. They are saying $40,000. For this car, that is way too much. Its sister gas car equivalent will only come in the $19,000 to $20,000 range. Thus, an extra $20,000 or so for Electric? They still haven't got the economics of this right yet and positioning and marketing support are key to selling this thing. Price it wrong and this product will be a loser at a time when it desperately needs to be a winner! 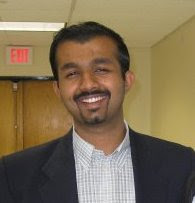 Though the vehicle seems quite coherent, it lacks anything remarkable and isn't really a head-turner. The basic shape seems to be that of the Prius (now also adopted by the Honda Insight) due to the aerodynamic benefits. The car's looks have been significantly tuned down from the initial show car that turned heads and engineering realties seem to have taken precedence over stunning looks. A pity since this car is supposed to be GM's game-changer. The design, though well thought out, seems dated and often boring. An also-ran subcompact sedan. Its close gas cousin the Cruze seems to look much more appealing in contrast.

The regen system seemed to be mild and acceptable in "Drive" and heavier but amiable in "Low". I found the regen characteristic very friendly unlike the Mini E which seemed to have a very heavy regen presence, whenever you took your foot off the gas.

The vehicle accelerates very smoothly and is quite similar to the acceleration i have seen on most DSP controlled EVs. The fly-by-wire throttle has been programmed pretty well and the throttle seemed pretty responsive. In the "Sport" mode, which is activated by one of the few switches GM has on the vehicle (the rest is touch-sensitive), the vehicle's peak voltage and voltage ramp seems to increase and the vehicle can both hit higher speeds faster and can accelerate at a much higher rate. The inherently high starting torque in the vehicle's motor has been tamed by GM's engineers and I really have to salute their work on that aspect.

As with several new GM products (like Buicks and especially the Buick Enclave) I have driven in the past 2-3 years, the Volt is quiet, controlled, doesn't shudder and insulates well from road noise. The engine mounts seem to be done well and can handle and control the starting torque and a whole range of speeds (including the "Sport" mode) pretty well.

This is where there is a sudden twist in the fairy tale. The Volt is a a compact car and makes you feel you are in one, as soon as you step in (unlike other small cars like the Honda Fit). I first rode in the car as a passenger and was cramped in the back seat with my head almost scraping the roof fabric (I'm 6' tall). The first driver of our test car was about 6'2" tall and when he was seated comfortably in the driver seat, I couldn't exit the car without looking like a total idiot. My knees touched the back of the driver seat and there was no legroom whatsoever. The seat cushions were way too thick and that ate up a lot of space and made the car look smaller on the inside. The trunk space was a little too large and GM seems to feel the need to provide more trunk space in exchange for cramped rear seat space.

The touch screen looked fantastic at first, but then turned into a complete annoyance, as the AC and defroster just wouldn't turn off. The touch screen was "temperamental", as described by our GM guide Cristi Landi, and GM apparently has a fix ready for the launch.

As with most late model GM products, the fit and finish is stunningly better than the Chevy Luminas and Saturn SLs of the 90s. The Volt continues that trend. The gaps are minimal and the fit should get better with the production model. However, as with most Chevy products, GM's bean- counters have managed to slip in some cost-saving "Fischer-Price toy quality" plastics on the door trim and dash side trim. Hope that goes away with the production model. They really should take some cues from their Caddies (CTS-V) and Buicks (Enclave, LaCrosse) and spend the extra few dollars on some better plastic for a $40,000 car. Hope history has taught them. Fingers crossed ...

Fit and Finish: A-

I feel the Chevy Volt, though a good engineering exercise, will not be able to produce stellar sales figures, mainly due to its massive estimated price tag and the glitches associated with such new technology. However, the Chevy Cruze, displayed alongside the Volt yesterday, seems to be GM's next bread and butter car and is solid competition for the Honda Civic and Toyota Corolla, given its under $20,000 price tag and estimated 35-40MPG fuel economy rating. However, I think GM has done a fantastic job on the Volt in the time it has had. They have managed to re-design and compress components, package the vehicle well and make the vehicle feel and drive like a normal car. If they can reduce the price of these vehicles and sort out the glitches, they might have a winner on their hands. However, even if they fail in doing that, the publicity the Volt receives will hopefully draw customers to showrooms and drive up sales of cars like the Cruze, which will in turn keep US auto manufacturing alive.

Thanks to Peter, Doug and Sai for their kind permission to repost their observations here!  Till next time, thanks for following along.