Wow, was this a fun weekend -- the weather was glorious and the transportation display was bigger and better than ever! Here are just a few of the vehicles that were new to the tent this year ... 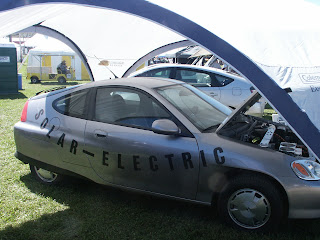 Val Bertoia's solar-powered fully-electric Honda Insight conversion (last seen in Macungie in May) was on display, though Val himself was in Europe. Don Young got to drive the 50/50 Miracle Honda up to the Fest for him, and had a great time doing it -- though he says he actually prefers the way his own 144-volt Honda Civic (below) handles. 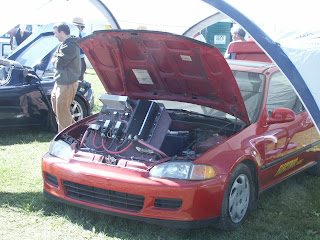 This time last year Don Young and his father Judge Robert Young of Macungie PA showcased Bob's newly-converted Ford Ranger (and it was back this year as well) -- but this vehicle was still a work-in-progress, stripped of its ICE components but not yet electrified. It's been up and running as Don's regular commuting vehicle for almost a year now! Here you can see the nifty tilt-up display panel for the e-components, and down by the wheel you can just glimpse the nice new ELECTRIC 144 blazon he added this summer ... 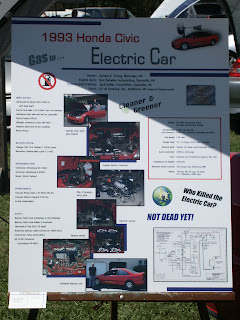 not to mention his terrific new display board! 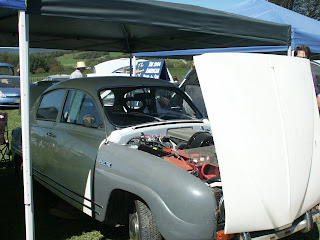 Brandon Hollinger, who attended the BCR workshop under the transportation tent at last year's Fest, this year proudly drove all the way from Lancaster in his beautiful Saab 96 EV. No, it's not from 1996, this is a 1970 vehicle -- but it does happen to feature a 96 volt system! The Saab debuted at the May 3 2009 EV-ent in Macungie, but sported a temporary plywood dashboard at the time ... 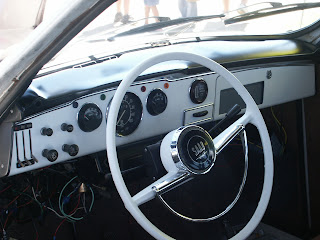 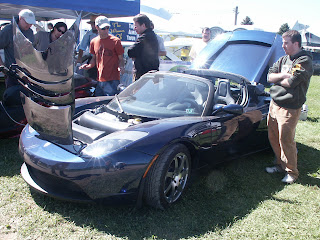 This Tesla Roadster out of Lebanon, PA attracted a lot of attention. 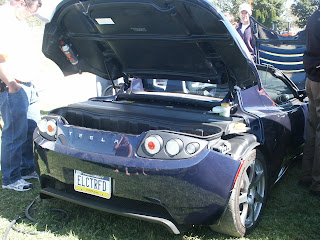 The first Tesla delivered to PA, this is a truly fossil-fuel-free vehicle: owner Don provided it with electricity from a wind turbine at first, and has just mounted a dedicated solar array to charge it! 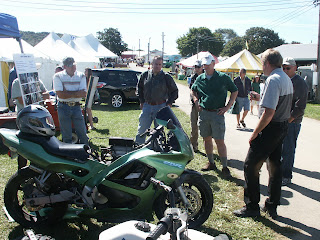 Mike Kugler of Providence RI came down with his converted electric motorcycle and ATV -- plus his whole family! Mike heard about the Energy Fest from Ken Barbour (whose mini-E was also new to the Fest -- check out his new blog at http://thetruthabouttheminie.blogspot.com) and Al Arrison down at the Power of DC EV-ent in August, and I'm so glad they lured him down; I immediately snagged him to participate in our workshop owner panel and he was a wonderful addition to the collective wisdom offered there. 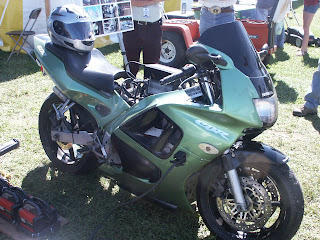 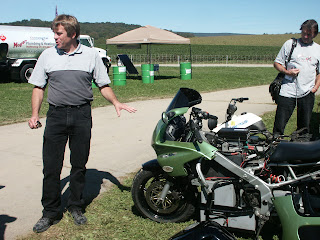 Mike says converting a motorcycle is a great lower-cost introduction to the EV conversion process. Lots of details about his experience on his EVAlbum web page here. 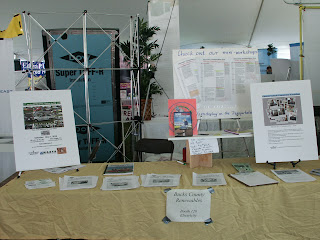 This year Bucks County Renewables had an exhibit table (for the first time since 2006) as well as offering sessions in the transportation tent. A million thanks to Lynn McConville and Anna DiGate for helping staff the table (yay for the EV ladies!!!) while Bill and I were presenting our 3-hour mini-workshops on the EV conversion process. I was delighted to run into some former workshop participants (shout-out to Judy McKinney, who demanded, "Where's my van?!?" and to Afshin Kaighobady, who had great news: he's about to open the first electric bicycle store in Philadelphia!) Check out the link for info about Philly Electric Wheels' opening celebration on Thursday, October 15! 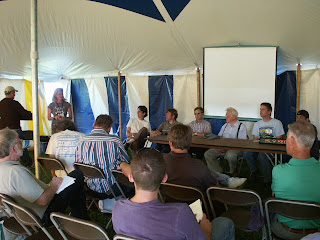 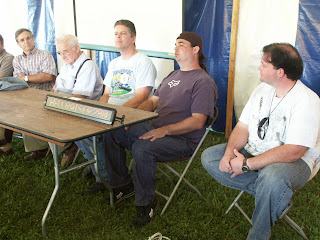 The mini-workshop on Saturday was very well-attended and as usual the owner panel was the highlight: what an amazing assemblage of technical know-how and helpful insights from the panelists! Brandon Hollinger, Mike Kugler, Ollie Perry, Paul Kydd, Alan Arrison, Ken Barbour and Daniel Monroe (who hauled along his entire conversion kit to display) generously gave of their time to share their experiences with folks interested enough to sign up and pay a small fee for the pre-registered 3-hour session. Thanks once again to all of you, and to Phil Jones of MAREA who did his usual superlative job of coordinating the transportation tent! 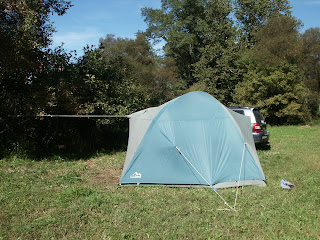 Gotta also give thanks to the weather gods for providing a gorgeous weekend for camping out under the stars of Kempton. Here's my tent, mostly held up by string 'cause when I got there it turned out I was missing a pole! Thank goodness it didn't rain on my rickety set-up!
Posted by jisaacs at 11:30 AM No comments: